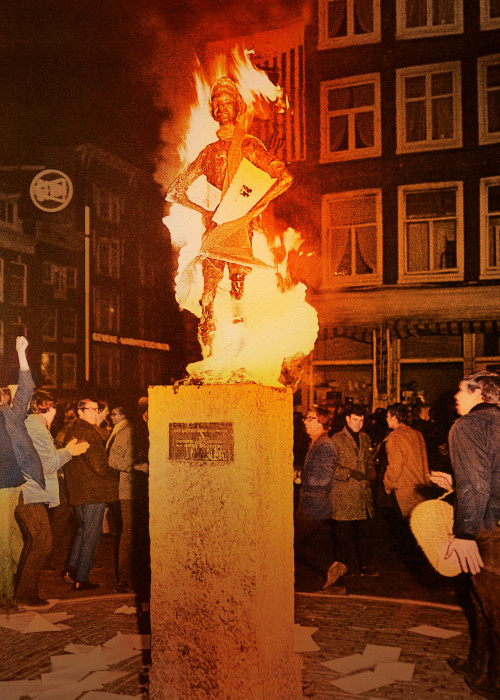 Rebellious City tells the story of the great change in Dutch society. The arrival of the Beat generation and that of the protest generation gave rise to developments leading to irreversible processes in the Netherlands.

Rebellious City shows how a small group of young people in the Amsterdam of the Sixties provoked authority with anarchistic élan and happenings, drove the police and mayor to despair, gave young people their own voice and changed the Netherlands forever. The protest generation caused a generation conflict. Unintentionally, Provo became the mouthpiece of the desire for change. The documentary revives that period during which post-war youths were tired of being tied to the apron strings of the church, the authorities and their parents.

The film contains unique material from those decades and brings to life again the period in which post-war youngsters had a taste of freedom and freed themselves of the yoke of God and the Church of previous generations. Provo only flourished for two years but changed the Netherlands forever. Much of what we now take for granted has its roots in those years.

In Rebellious City, people like Roel van Duijn, Saar Stolk, Luud Schimmelpennink, Hans Metz, Bernhard de Vries, Irene van de Weetering, but also Robert Jasper Grootveld (who comes to life in a compelling interview never shown before), Cor Jaring, photographic chronicler of that era, along with trendsetters of the Sixties like Willem de Ridder, Phil Bloom, Simon Postuma and others talk about the creative, playful and inspiring Sixties and the rise and fall of the Provo Movement. In combination with unique archival footage, they talk about how in early 1965 the anarchist Roel van Duijn launched the Provo Movement with Rob Stolk, propagated Provo with anti-smoking activist Robert Jasper Grootveld, and turned Amsterdam into the magical centre of the world. Photographer Cor Jaring proudly shows off his press helmet with smoke screen and talks about how Amsterdam achieved mythical status thanks to his photographs. In the meantime, Willem de Ridder rides around Amsterdam with his Paper Konstellation and everything becomes Fluxus art. Former Provos describe their cat-and-mouse game and how they prepared their actions against the marriage of Princess Beatrix and Claus. With white plans, white clothes and playful provocations, Provo turned Amsterdam into the Magical Centre. In the end, Provo collapsed under its own success and differences. Bernhard de Vries was the first to become a Provo city councillor. Roel van Duijn wanted Provo to continue, but Rob Stolk and others disbanded Provo. Sex before marriage, nudity on TV, new politics, abstraction in art, protest against Vietnam. The Netherlands had left its placidity behind permanently.

Rebellious City is the first film to highlight the Provo movement from the inside and in this particular way. The promising young Amsterdam rock group The Silverfaces made the music for the film. In 1961 he organised the first Ban-the-Bomb demonstration in The Hague and subsequently the one in Amsterdam in 1962. In 1965, together with Rob Stolk, he founded the Provo movement. Provo started as a leaflet that appeared fifteen times. Many of the articles in it were conceived and written by Roel. When Robert Jasper Grootveld joined Provo, the movement at once acquired a wider and more spectacular image. 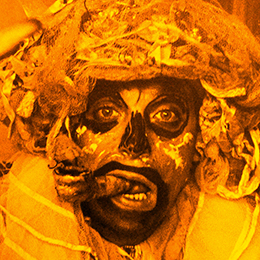 A charismatic master in the art of living he became famous through his “happenings” around the statue of het Lieverdje on Spui square in Amsterdam. Grootveld was a precursor of the Provo movement, which he later joined. He became one of the most influential members of Provo. Without Robert Jasper Provo could never have achieved the status it did. He jokingly nick-named Roel van Duijn ‘Groen van Tuin’. 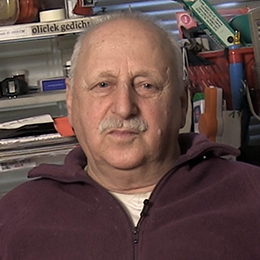 Lorsch talks about the lonely years in the 50s and the early 60s. He was a Beatnik and a frequenter of the Leidseplein, a regularly of Café Reijnders, Jazzcafé Lucky Star, as well as The Cotton Club on Nieuwmarkt. Mike was a close friend of Robert Jasper Grootveld, and they were often together. Mike Lorsch was also present at the first “happening” in Amsterdam in 1962 called Open het Graf (Open the Grave). Jaring photographed all the “happenings” and Provo activities between 1964 and 1969. His photos travelled all over the globe and made Provo a worldwide phenomenon. Before Jaring died in November 2013, Willy Lindwer made a series of interviews with him in his photo studio, and also filmed his last retrospective exhibition which was opened by Roel van Duijn.

In 1963 Stolk had first-hand experience of the tough police methods in Amsterdam. The hard blows of their batons made his dedication all the more resolute. Together with his girlfriend Saar he moved to Amsterdam and came to live in an apartment above that of Roel van Duijn, in the first Provo headquarter. Stolk regularly managed to win the public opinion for Provo by means of playful irony. ‘No bull-shit, but action’, was his motto. He was a charismatic and media-genic personality. 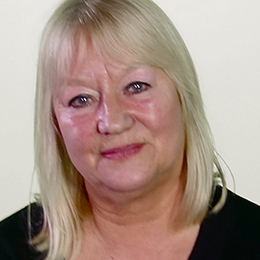 Saar Stolk-Duijs, Rob Stolk’s wife. Everybody remembers the iconic image when they cycled to the Amsterdam Town Hall on their white bikes to get married on 6 October 1965. Rob in a white denim suit and Saar sitting on the handlebars. Robert Jasper Grootveld ‘blessed’ the young couple. Saar tells the story of Provo, of Rob, and recalls how the events influenced the relationships between the various protagonists. She lived through the events with intensity. Willem de Ridder stood at the cradle of countless new developments in the fields of the media, culture and the arts in the sixties. He was closely involved in the founding of alternative youth clubs in Amsterdam such as Paradiso, Fantasio and The Melkweg. He was also the man behind the Sad Movies and the founder of the magazines Hitweek and Aloha. He was a Fluxus- artist. The aim of Fluxus was to break through the ‘bourgeois frumpishness’ of society. Together with Phil Bloom he worked out how to achieve it (Sad Movies, Hoepla). De Ridder was one of the major trendsetters of the 60s. He is still active in many fields, for instance as a radio maker and a story-teller. 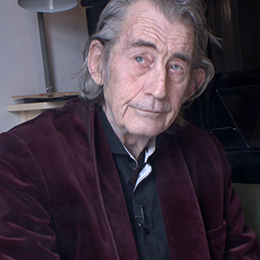 In the first half of the sixties’ decade Postuma was active in the taboo-breaking scene in Amsterdam. He organised the “happening” Stoned in the Streets in William’s Place on 9 January 1965 on Zeedijk. That is where the medical student Bart Hughes drilled the well-known ‘mind-expanding hole’ in his forehead. Later on Postuma and Marijke Koger went to London where they both made designs for the Beatles and acquired international renown. 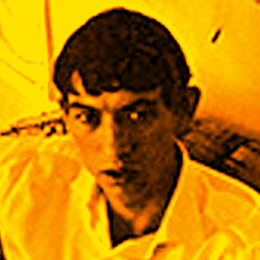 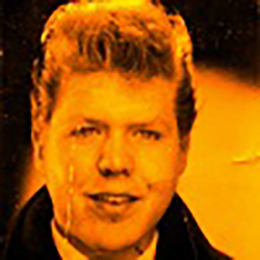 A Nieuwendijk frequenter and a yobbo or “nozem”, complete with greasy lock and pointed shoes he rode around on a Kreidler buzz-bike and listened to Elvis Presley and Little Richard. De Weerdt then joined the police force and would turn out to be an infiltrator in Provo, until he began to identify more and more with the ideas of Provo and the Provos. The artist Phil Bloom played a taboo-breaking role in the 60s. She was the first nude figure on Dutch television in the programme Hoepla. Her iconic nude photo, taken at Het Lieverdje and printed in Hitweek, went all over the world. She acted in the “Sad Movie” Hawaiian Lullaby by Willem de Ridder and Wim van der Linden, featured at the notorious experimental film festival in Knokke (Belgium) in 1967. There she met Yoko Ono. Willy Lindwer was there as well and photographed the entire controversial event. Ir. Luud Schimmelpennink is a man of ideas, the man who developed the White Bicycle Plan based on a suggestion by Robert Jasper Grootveld. Schimmelpennink constructed smoke bombs that made it in the world’s headlines during the wedding of Princess Beatrix and Claus. He later became a member for Provo on the Amsterdam town council. He is still politically active and tries to realise plans that were never implemented in Amsterdam (though they were elsewhere) now for the Amsterdam senior citizen’s party OPA in Amsterdam. At the town council elections in March 2014 Luud only just failed to get in. Hans Metz belonged to the small inner core of Provo having been roped in by Roel van Duijn. He has been politically active since he was fifteen; a pacifist, an anarchist and a Provo activist from the word go. He was at the same time a street Provo and an intellectual Provo and was frequently arrested during campaigns – or escaped miraculously. 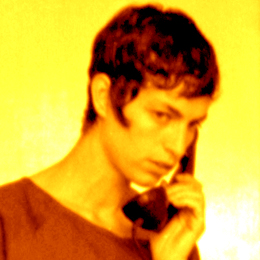 Irène van de Weetering joined Provo in order to voice her ideas about women’s emancipation. She is the author of the White Women Plan. Her ideas about the right to abortion and the availability of good contraceptives have now become common currency. Women have become much more independent and not only in Amsterdam. Bernhard de Vries played an important role in the making and the throwing of smoke bombs in 1966 during the memorable wedding ceremony when Princess Beatrix van Lippe Biesterfeld married the German Claus von Amsberg who had been a member of the Hitler Jugend. De Vries now lives a quiet life in the mountains near Venice. In 1967, at the New Year’s reception of the Amsterdam Mayor Van Hall, he wished him good luck. Two days later Van Hall was fired. 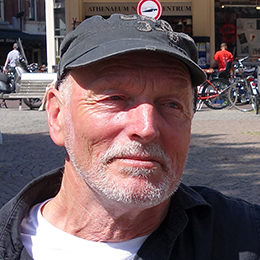 Auke Boersma and Peter Bronkhorst together climbed the Van Heutz monument, symbol of the Dutch colonial politics during which thousands of local inhabitants in Lombok and Aceh were brutally killed. They sat there on the monument, singing, until the police arrested them. In 1966 Boersma wrote the White Houses Plan, a document that lay at the foundation of the Dutch squatters’ movement.

Written and directed by